The Narita International Airport (NRT) is Tokyo's main international airport.  It has two terminals that are connected by a free shuttle bus.  Each terminal has a tourist information office. 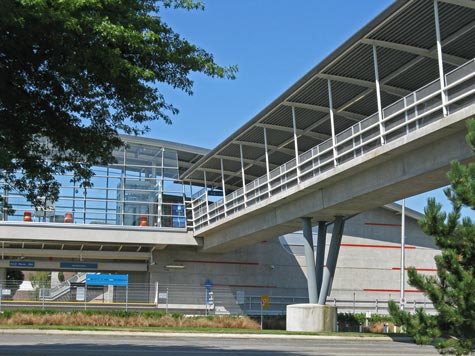 There are many hotels located near Narita Airport.

Narita is located 60 km (35 miles) north east of central Tokyo.  It is, however, served by bus, train and taxi service.  A train service called the Narita Express travels to Tokyo is about one hour.  The bus takes longer.